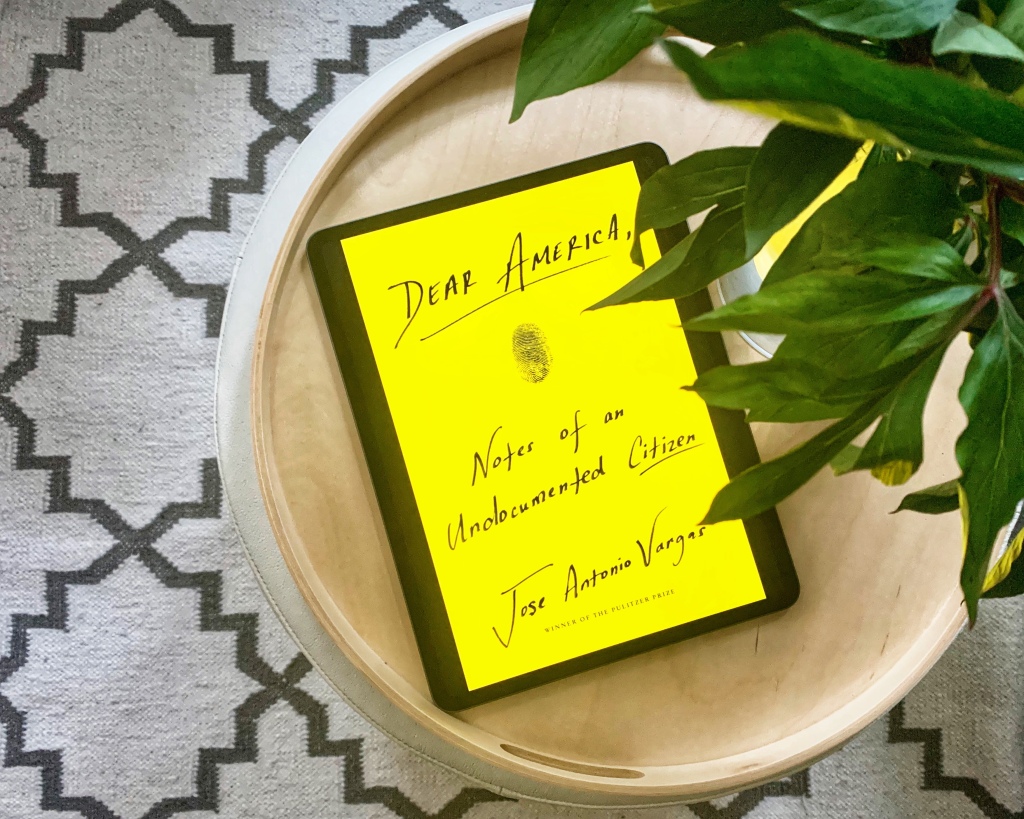 I know now that I know nothing about immigration and undocumented immigration in America. Holy cow! This is some book! It’s called Dear America, notes of an undocumented citizen and just like the entirety of the book, the words are carefully chosen. Which should not come as a surprise since the author is one of the people behind campaigns such as #wordsmatter and #factsmatter. That’s another thing, the book is full of facts! Vargas is clearly a journalist who knows how to do his research.

“There are an estimated 258 million migrants around the world, and many of us are migrating to countries that previously colonized and imperialized us. We have a human right to move, and governments should serve that right, not limit it. The unprecedented movement of people – what some call a “global migration crisis” – is, in reality, a natural progression of history. Yes, we are here because we believe in the promise of the American Dream – the search for a better life, the challenge of dreaming big. But we are also here because you were there – the cost of American imperialism and globalization, the impact of economic policies and political decisions.”

Picking it up, I assumed it was the regular first person memoir, but it’s so much more. It’s political and at the same time it’s diplomatic. It educates and at the same time it tells a story. It puts Vargas and his story into context and the context is shocking to me. I don’t know why I always assumed that all undocumented citizens are poor and in hiding, but that clearly isn’t the case. Vargas is a prominent journalist hanging out with the creme de la creme of who’s who in America. He’s been interviewed at talk shows and had his name below headlines all over the country. If he’s been hiding, it’s definitely in plain sight!

Storytelling is central to that strategy as he says, and demonstrates so beautifully with this book. My views on undocumented (I will never call a person illegal ever again) citizens have changed. My idea of what it means to be undocumented in America has changed. I’m not going to get into numbers and start listing everything that blew my mind, instead I’m going to urge you to read it and see for yourself.

iThere are no comments