Japan and the Koreas have a complicated history, one that is still very much present today and can be felt. One of the reasons why I wanted to read books that thread a little over borders of here and there was because I was aware of parts of this already.

A river in darkness is the story of Ishikawa Masaji who was born in Japan by a Japanese mother and a Korean father.

The father was from South Korea, but he moved the whole family from Japan to North Korea to try and get them out of poverty and was promised work and education by North Korea. It’s a complicated thing, to be biracial of two countries that don’t view each other favorably and a rootlessness comes with it. I sensed this throughout the book that the sense of belonging was not present. Being biracial myself I know this struggle, and this is a great book to show that struggle even though it isn’t the real topic at hand.

“Even now, I sometimes wonder why my father was so different in North Korea from the man he’d been in Japan. I used to think it was related to his physical strength. In Japan, that was the thing that had given him real power. But in North Korea, his strength was meaningless. In fact, it was more of a liability than an asset. But I think the issue was more complicated than that. In Japan, he faced endless bigotry, prejudice, and discrimination. The only way he could express his feelings and fight back was through violence”

The translation is good so it’s a quick and easy read with a well flowing structure. And while I thought that the story was about the escape, it is mostly about his life in North Korea. It’s a life so crushing in so many ways that few live to tell the tale of escaping it. I don’t think I’ve ever read anything quite like it. While one can argue many lives difficult, one that you barely escape from with nothing but your life as your government holds you captive has to be one of the worst.

I scoured the internet for news about what his status is today, but with no luck. To me it feels like he escaped one captivity and went straight into another. It’s a cruel reminder of society and it’s cages and freedom always being a world away.

“And I came to recognize that, no matter how difficult the reality, you mustn’t let yourself be beaten. You must have a strong will. You have to summon what you know is right from your innermost depths and follow it.”

I recommend this book for so many reasons, but mainly to remind us of battles we face that may be invisible to the naked eye and compassion that anyone from any walk of life can show. 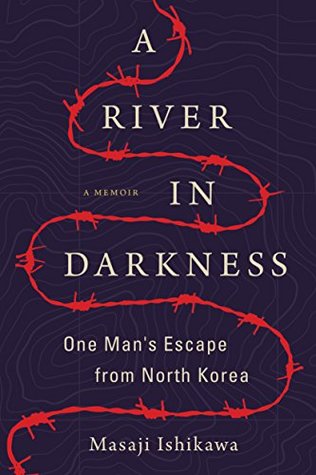