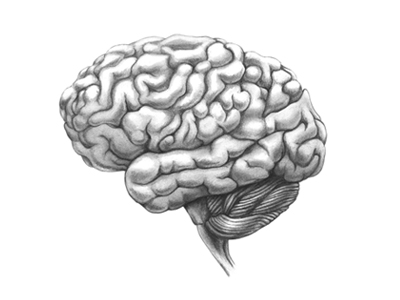 Against all odds I got the job at the research facility. The one I wasn’t sure I was qualified for, but applied for anyway with the inspirational «if you don’t try you’ll never know» quote pushing me through the door. I had embellished my skills a little (I don’t even have a high school diploma), but I made it through the interview and landed the job. (Thank you Joey Tribbiani for teaching me the trick of saying you know how to do it first and figuring out how to do it later!)

I was determined to keep my eyes wide, my mind sharp, and learn fast enough to live up to my lies. I could hear the working girl theme song playing in my head and I was ready for the «paying my dues» montage to start.

Part of the introduction process for new employees was individual meetings with all the advisors of the different projects. One by one they scheduled meetings and quickly filled up my calendar for the first couple of days. I brought a notepad and a pen, ready to learn about the different departments and what they did. I left all the meetings with a notepad full of acronyms, SAB, CCRP, CTA, EDRA etc. I was drowning in information, I couldn’t remember what any of the acronyms stood for and I only remembered about four of the names of the fifteen people I had met. Safe to say it was a complete disaster.

I lunched with a couple of people from the IT department while trying to keep on a happy face to not blow my cover. I was drowning on the inside. Not only did I not understand the different projects, I didn’t even understand what we were working on! I didn’t understand my own job! (My title was «coordinator» and I didn’t really grasp what that entailed). One of the IT support girls asked me how it was going, and as I hesitated on the answer she told me it took her six months to figure out all the ins and outs of the facility. The relief that spread through me was so comforting. I think she saw my relief as I offered her a huge smile and a big thank you.

Every Monday there was a joint meeting. As they went around the table, I observed. I listened and I  sat there with my notepad and my pen. Every week, I came out of the two hour meeting with no notes. You’ll never know until you try, how difficult it is to takes notes in a meeting where people are talking about things you don’t understand with acronyms you don’t get and about people you don’t know who are. I read every pamphlet in the facility cover to cover. I memorized the names of all the employees and what projects they were working on in order to try and understand bits of what was going on in those meetings.

One of the smartest, most educated women I had ever met did not know how to order a cab.

One day one of the rocket scientists came to my office with a soft tap on my door. «Excuse me Anie, I was wondering if you could help me with something? I’d do it myself, but I’m afraid I don’ t know how!» she said. I was stunned and terrified. There was a rocket scientist at my door asking me for help. What on earth could I possibly do for a rocket scientist? The only thing I would be able to offer up was the lyrics to Shania Twains «That don’t impress me much». (And to tell you the truth, I was impressed so I don’t know what Shania was on about). I said that of course if there was anything within my expertise that I would be glad to help, and she said softly «Would you mind ordering me a taxi?» I don’t know how long it took me to answer, it felt like a minute, and a minute is long when a person is standing in front of you waiting for an answer. «Of course!» I said and as she left with a thank you I sat staring at my phone in complete disbelief. One of the smartest, most educated women I had ever met did not know how to order a cab.

This was the first of many events to follow that would build my self esteem and help me understand my own value and everyones value in this world. Researchers and advisors that did not know how to work the coffee machine, that needed help with billing, that couldn’t figure out how the lunch cards worked or how to order supplies. I made it a personal mission to figure out the ins and outs of all these things so I could be of service.

If you’re the smartest person in the room, you’re in the wrong room.

I sat at the Monday meeting at the table every week and I still didn’t understand anything. But I sat at the table. I figured I was in the right room as the saying goes «If you’re the smartest person in the room, You’re in the wrong room» I knew the least in the room, and therefore I had the most to learn. And just like the IT girl had told me, about six months later, after I had helped out with smaller tasks in every department, I had slowly but surely figured out how things worked and the bigger picture of the facility.

I was there for a year and I learned a massive amount of things about research, processes, finance, government, project management, infrastructure and most of all, myself.

We are all equal, and nobody’s the same.

We can’t all be doctors and that’s ok, it doesn’t mean that you are not smart or valuable. Every position, every task is valuable in it’s own way, from the person that cleans the floor and takes out the garbage, to the person who answers the phone and opens the doors, to the person who pays your checks and stamps your bills, to the cafeteria that fuels the brains of all the people from the bottom to the very top. We need everyone on every level, and I learned to take pride in the work that I did even if I didn’t have a PhD. I learned not to discriminate against the little man, and I learned not do discriminate against myself by being intimidated by the bigger man. How often do we do that? How often do we sit and judge ourselves and say that we are not good enough? We may not be right for a job or qualified for a job, but that doesn’t diminish our value as people or workers, we might just be perfect for something else. We may not be compatible with one person or another, but that doesn’t mean were not good enough for them or that they are not good enough for us. We are all equal, and nobody’s the same.

A big part of all the knowledge I gained was something I realized when the rocket scientist asked me to order her a taxi, I learned not to be afraid to ask. I asked for the job and I got it. I asked hundreds of so called stupid questions and I learned a lot, and I realized that there are no stupid questions. If you don’t know or understand something, you should ask, or you might never know or learn. And in the end I even understood what Shania was talking about when she sang «So you’re a rocket scientist, that don’t impress me much».